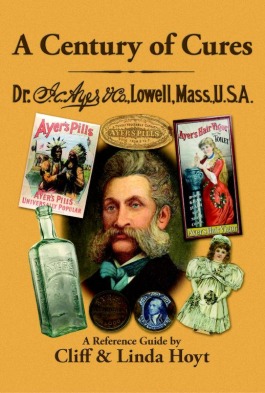 Interested in the history of patent medicine, antique advertising, or the medical company of J.C. Ayer & Co. of Lowell, Mass.? Then you will want to read A Century of Cures, the 500 page history of the companies of J.C. Ayer. The book contains over 750 color images of Ayer- related artifacts.

Cliff and Linda Hoyt have advertising and memorabilia collections from the following individuals. (Click on the names to link to more information about any individual.)

Signs displaying the lithographers art of the 1880s and 1890s.

Click the above image to find information on our book about the 100 year history of the company and perhaps purchase a copy. 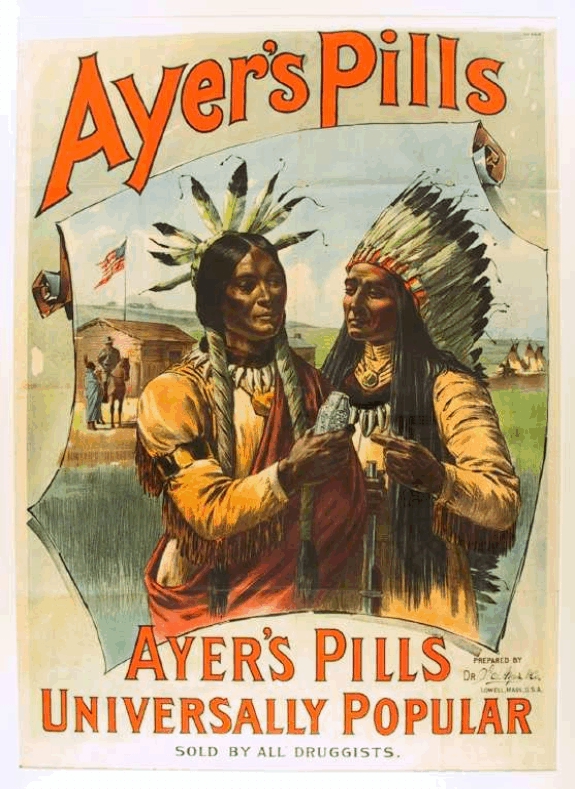 from Lowell, Mass., makers of German Cologne, Rubifoam for the Teeth, etc. 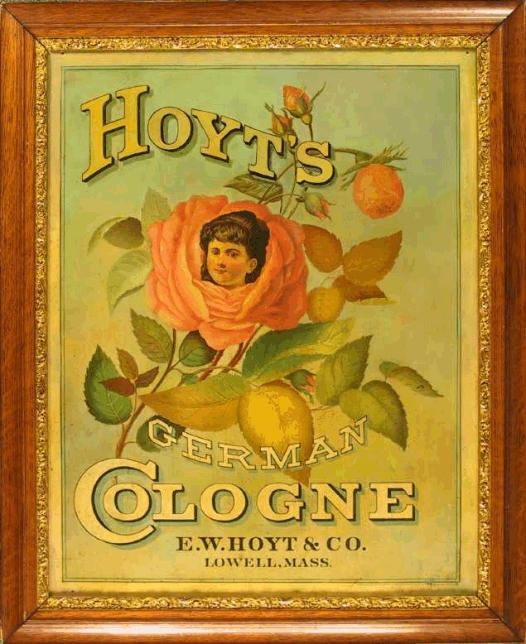 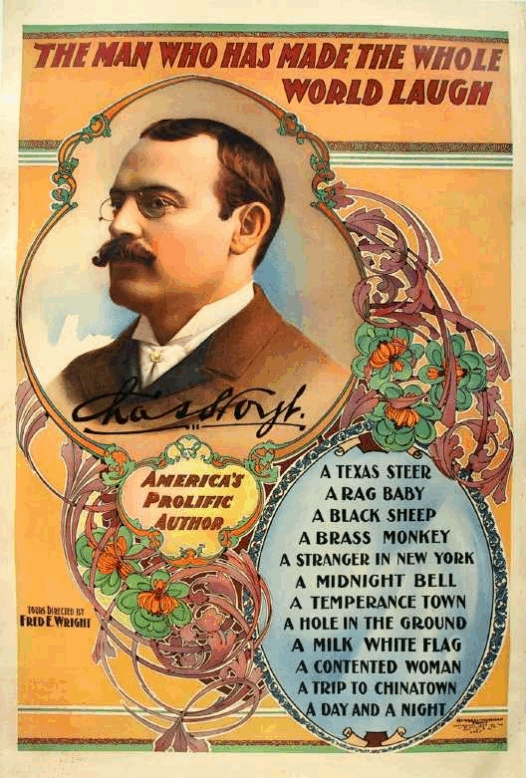 [Authors: Cliff and Linda Hoyt's collection started with the seemingly harmless discovery, in the 60's, of an old E.W. Hoyt's Rubifoam bottle on Colorado's Pikes Peak. In the early 1970's, they began concentrating on trade cards since good bottles were too expensive. Of course trade cards led to bigger and better things. The Hoyts expanded their collecting to include bottles and advertising from the Lowell Mass. companies of C.I. Hood (medicines), J.C. Ayer (medicines), and E.W. Hoyt (cologne and Rubifoam for the Teeth) starting in 1973. In addition, they collect theatrical memorabilia from playwright Charles Hoyt from the period 1885-1901. They can be reached on the Internet at: choyt48@comcast.net ]